although i was no honor student, i associated with many that were. they would explain the gist of their sophisticated lessons during break, which i would treat like building blocks and exercise them with seemingly incompatible archetypes…

…ultimately assembling new ideas that they would in turn appreciate. this became a regimented cycle. somehow the street kid with a slight attention disorder coupled with an overactive imagination, (whom would rather play in P.E. and scribble doodles on the sides of school documents) was welcomed with these academic achievers. after school i would coax them into my adventures; wrestling, balance train tracks, climb man made structures, play video games, (any activities that required physical hand eye coordination). kind of a yin to each others yang in regards to our mental and physical. but since those days, over a decade later, i’ve discovered new outlets and rekindled that same energy through somewhat recent discoveries from the science community.

and while this information is still fresh, my recent building blocks find some symmetry…

ever look up in the star filled night sky, and wonder about the secrets of the universe and/or the meaning of life? what horoscopic relevance the zodiacal constellations have with your cosmic alignment? well, i always have… but since i haven’t been abducted by aliens, possessed by spirits, or encountered any paranormal phenomenon since the peak days of my overactive imagination. i had discovered theoretical physics, or perhaps physics theoretically found me. it was soon after watching the known universe to scale that i immediately had to know more, and that’s when michio kaku happened.

michio kako’s seems to be the face of theoretical physics. his passion regarding the cosmic symphony of string theory, seems to equate to that of nobuo uematsu’s orchestrated compositions. and vicariously through his overall appetite for science, he has shown me a world of technology harmonizing with biology as we engage the age of scientific mastery. string theory essentially breaks everything down to tiny energy fibers on a quantum level yet syncopates with relativity. aside from the general musical metaphor, in which the note of the strings vibration determines the type of mass in our fabric of life. i find a type of symmetry which harmonizes with other things in life, simply because the strings are illustrated as open or closed. like the technological reflection of  the binary code sequence, on/off; (1/0), and of course the biological reflection of gender, male/female; (XY/XX).

edward witten masterminded variable string theories into M-theory. which feels like the mathematical equivalent of unifying the major religions. although the theory is mathematically sound, like string theory, it still borderlines philosophy simply because it cannot be proved by observation (yet). regardless, when advanced string theory was presented to me, i immediately reflected upon religion, as that was the first thing that came to my mind. 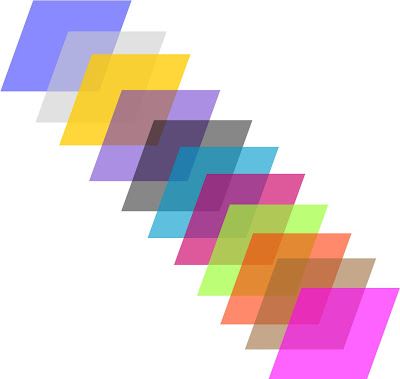 each membrane illustrates a separate shard of existence which contains it’s own variable universe. we can only estimate that there are an infinitesimal number of membranes (also illustrated as bubbles). theoretically the collision of 2 shards of existence resulted in the creation and the birth of our universe, the big bang. i yet again find a type of biological symmetry, as this reflects the asexual reproduction of an earthworm. just because the theory/philosophy is currently incapable of being tested, doesn’t mean that there isn’t evidence that life obtained characteristics from it.

i wonder about the immediate shard of existence parallel to ours, responsible for the big bang. is it mostly solid/gas with pockets of space, slowly condensing as ours expands? or is it variably similar, much like a reflection?

i like the idea that the universe is possibly a white hole, because it’s very organic and would explain black holes to degree. but now that we have nano-machines small enough to enter our blood stream, nano-carbon wire stronger than cable yet thinner than a human hair, and compounds that simulate photosynthesis to harnesses the power of the sun. would it be possible to weave nano-machines with nano-carbon, and dip the nano-carbon-machine-wire in photosynthesis compound? then project it to and perhaps through a black hole, in hopes to answer questions? providing this wire is long enough, strong enough, nano-enough, can send a signal from one side to the other (we’re being condensed to no non-existance!/hey there’s another side!), and maintain its power by solar energy.  i’m certain a black hole would just crush that piece of technology too, but it was an idea…

…on another completely different note. through the power of cloning and gene-therapy, we could essentially produce identical twin einstein’s (murphy’s law) that could live longer enhanced lives. imagine the power of 2 brilliant minds working together, catching up on todays modern science and academics, crunch on advanced string theory – perhaps validate einstein’s dream theory of everything, if not fix or create a new one from scratch!? i already want stem cells and gene therapy and i don’t have anything wrong… yet

although alchemy refers to the medieval practice of mixing raw elements and compounds. or perhaps attempt to add an electron to lead in hopes to make gold. but i feel this applies to mixing raw ideas as well, from anything to everything! the modern day alchemist!? maybe.